Back to all projects

The evocative name of the development reminds of the project scope: the Links blend old with new features of a Victorian Grade-II listed building along with a collection of carefully designed new build apartments.

Set on the picturesque coastline of Rest Bay, the Rest was a luxury hotel originally built in the late 1800s. It was used during the war as an auxiliary military hospital offering care for over 2,500 wounded soldiers.

The Links has now been converted into 35 studios, as well as 1-3 bedroom apartments. Additionally, there are also 36 luxury 1- 3 new build apartments that sit alongside the original building.

This development required a lighting solution that has to be functional but also aesthetically enhancing the architectural elements surrounding the apartments. It was essential that the design mitigated against light intrusion around the residential properties, therefore careful attention was paid the optical systems selected.

Our partner, Kingfisher Lighting chose luminaires capable of compliment the blend of new and old materials, and accent areas of the historic site.

When arriving at the site, STONE180 short recessed step lights were installed to highlight the entrance road to the car park. This floor luminaire was chosen mainly for its was high resistance, since it is manufactured using AISI 316L stainless steel so to have a static load capacity of up to 4000kg, as well as its high protection degree IP67 also granted by the tempered glass.

INGROUND180 uplighters were selected to highlight the architectural elements of the development; they have in fact a particular vocation for creating suggestive light paths and at the same time they assure high resistance thanks to the AISI 316L stainless steel structure with a static load capacity up to 5000kg.

KLOU-IK 180 bollards provide low level diffused distribution and high visual comfort lighting, without glare or light pollution for the pathways across the site.

TULA is the wall luminaires that further enhances the aesthetic of the development with accent lighting aimed at emphasizing architectural details. 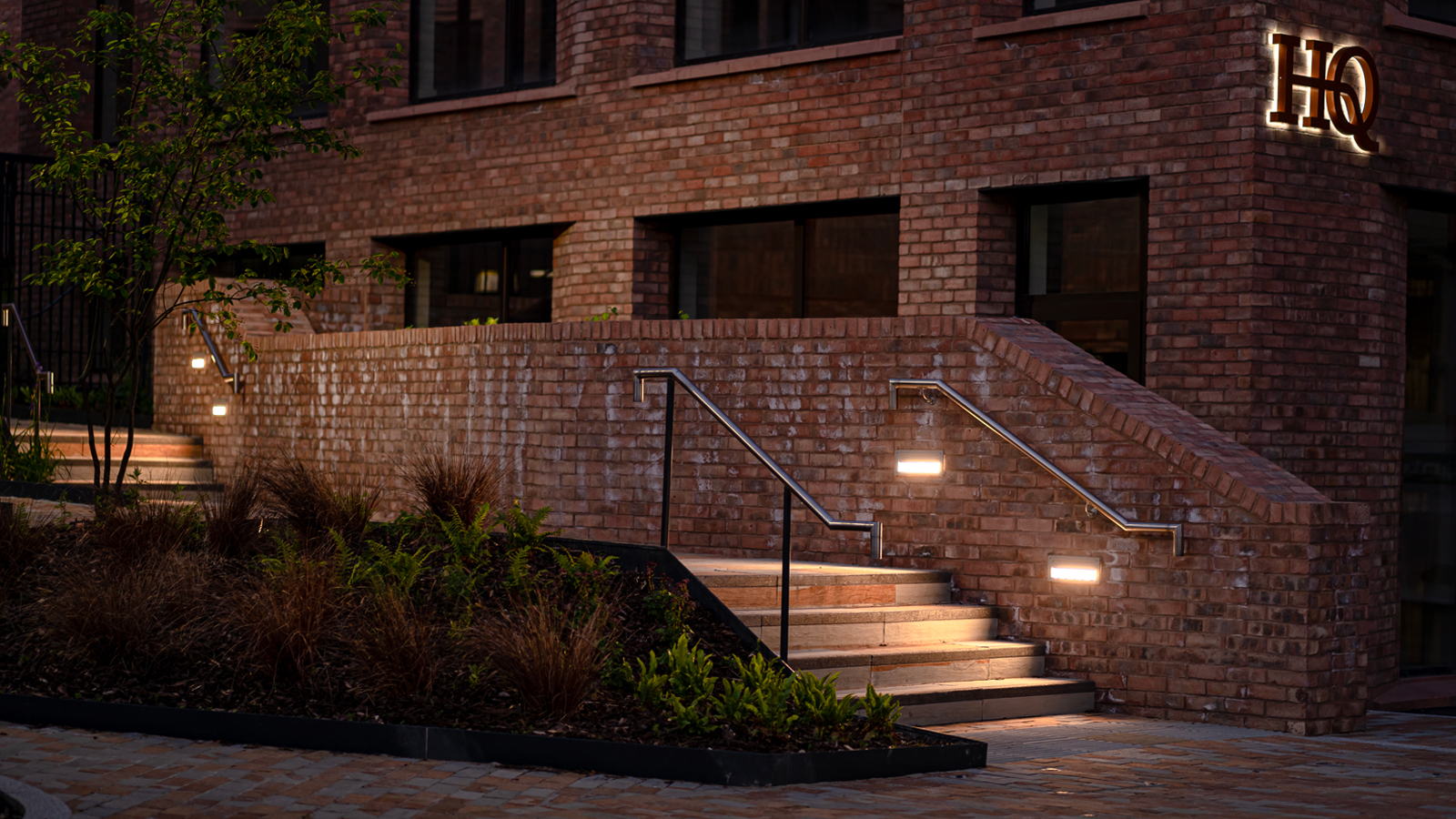 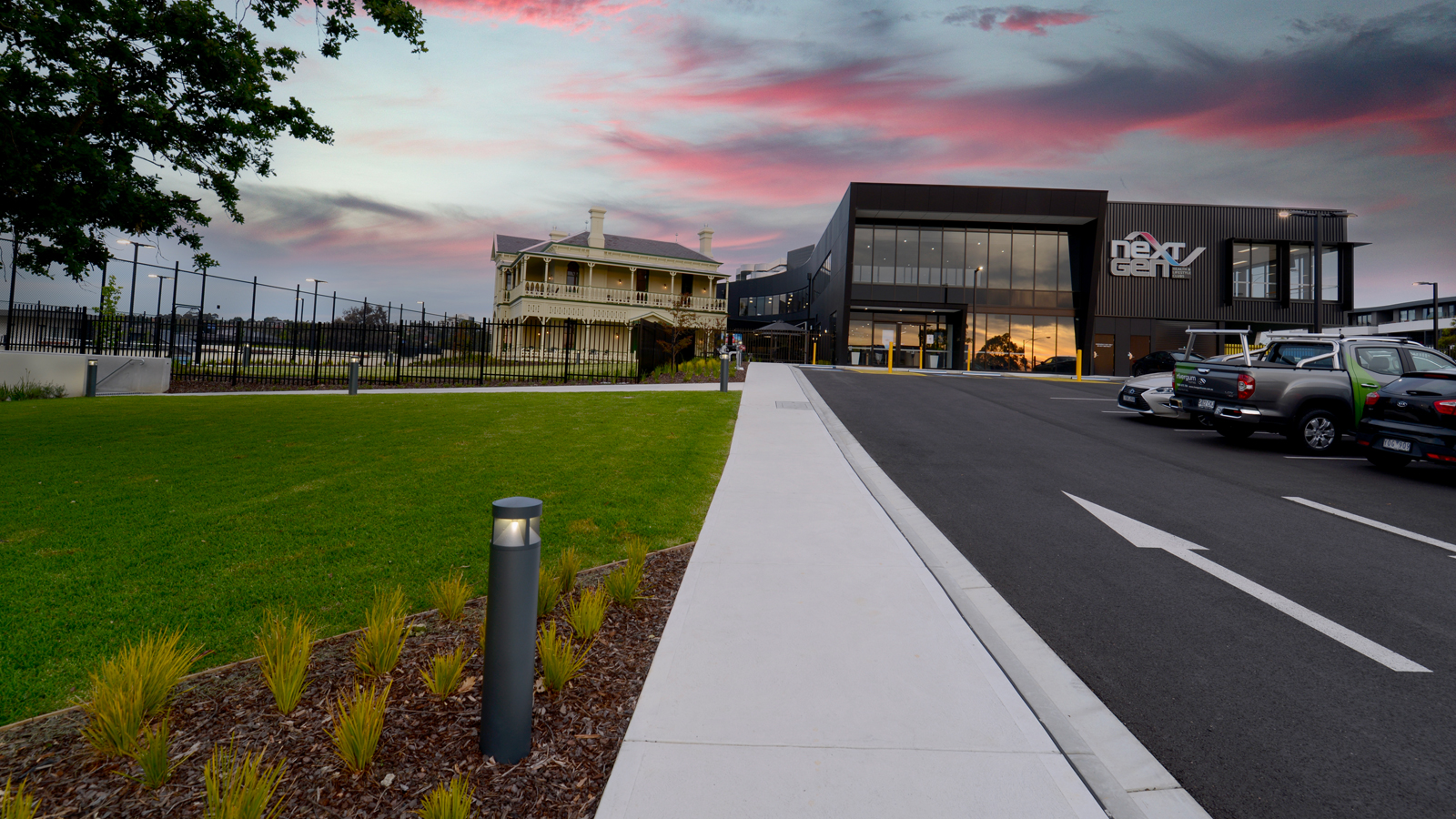 Join Arcluce world to stay tuned with our news